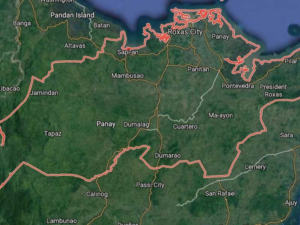 We condemn in the strongest terms the police operations that resulted in the killing of 9 indigenous community leaders and arrest of 17 others in the province. The gruesome Rizal Day murders follow the standard police modus of securing a questionable warrant from Manila and using the search warrant to enter the premises of targets, plant evidence, kill the targets or arrest them on trumped up charges.

Those killed were known community leaders and activists who were recently subjects of red-tagging. They have been targeted under the government’s brutal counter-insurgency program. They have been accused as NPA but are in fact unarmed and publicly known community leaders. The tokhang-style killings are being used against activists. This is unadulterated state-terror.

We call on all freedom-loving Filipinos to show solidarity with the Tumanduk in Capiz, and to defend them from further attacks. We call on members of the legal community to assist those killed and arrested so that those responsible for these atrocities will be held accountable.

The deaths of the Tumanduk are being laid at the doorstep of Malacanang. Those in power today will be held accountable for these murders.#