Join the campaign to defend Boyette!

Boyette Jurcales, Jr. faces a trumped-up murder charge, filed against him (and others) by the Philippine National Police (PNP) in Tagum, Davao for an incident that occurred on March 22, 2018. Boyette is innocent of the charges against him; he has never been in the place of the said incident.

Boyette has been falsely and maliciously implicated, as part of a government scheme aimed at jailing activists and human rights defenders. A glaring example of “weaponization of the law,” these fabricated charges were filed to keep Boyette from participating in campaigns against injustice and for meaningful social change. This is an all-too-common tyrannical tactic to force persons like Boyette into using their energy to defend themselves, when they could be helping others.

Such schemes endanger the lives of upstanding leaders like Boyette. Under malicious government actions, any human rights defender or activist can be targeted through such fabricated cases. Those falsely accused can be arrested and detained, but they can also be extra-judicially killed. Not only are the allegations against Boyette unfounded and unfair, they are also immoral and life-threatening.

The charges against Boyette should be dropped immediately! We call on churches and the faithful to demand for the dismissal of these false charges and for the court to hold the PNP accountable for filing such a ludicrous and unfounded case against Boyette Jurcales, Jr. # 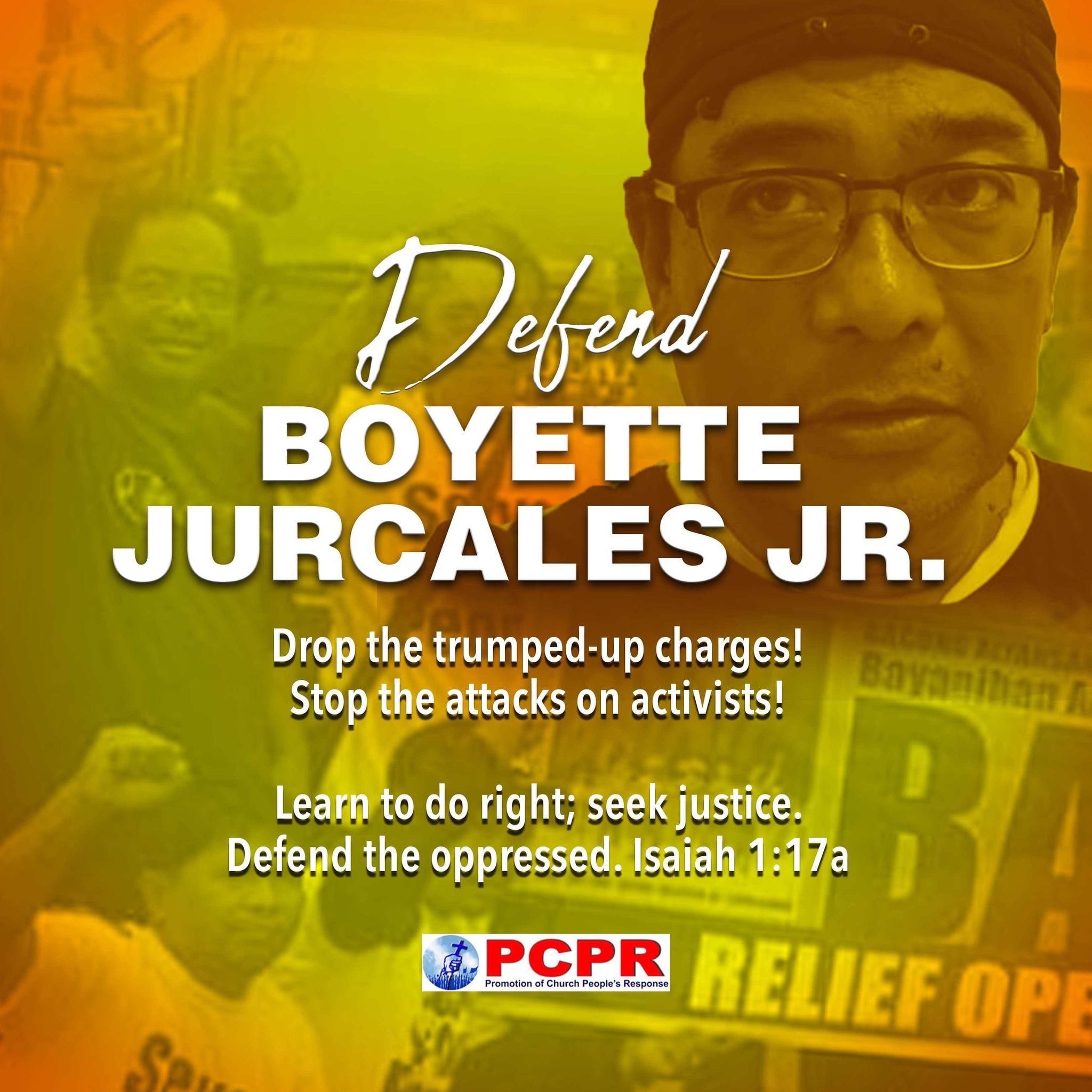