We condemn in the strongest terms the murder or Southern Tagalog union leader Dandy Miguel. The killing comes three weeks after Bloody Sunday and less than a week after the SC spoke out on rights abuses in the country. The killers appear undeterred by growing domestic and international condemnation against human rights violations in the Philippines. They appear to operating with impunity and are not afraid of the courts and other instruments of accountability. They may in fact be enjoying protection form very powerful people in government.

The killings must stop. The perpetrators must be brought to justice. In the Philippines, we note that no killer of activists has been brought to justice, not the killers of Randy Malayao, Randy Echanis, Zara Alvarez, Jory Porquia, not one has been arrested.

The DOJ as a matter of course will investigate but what will be the outcome if any? 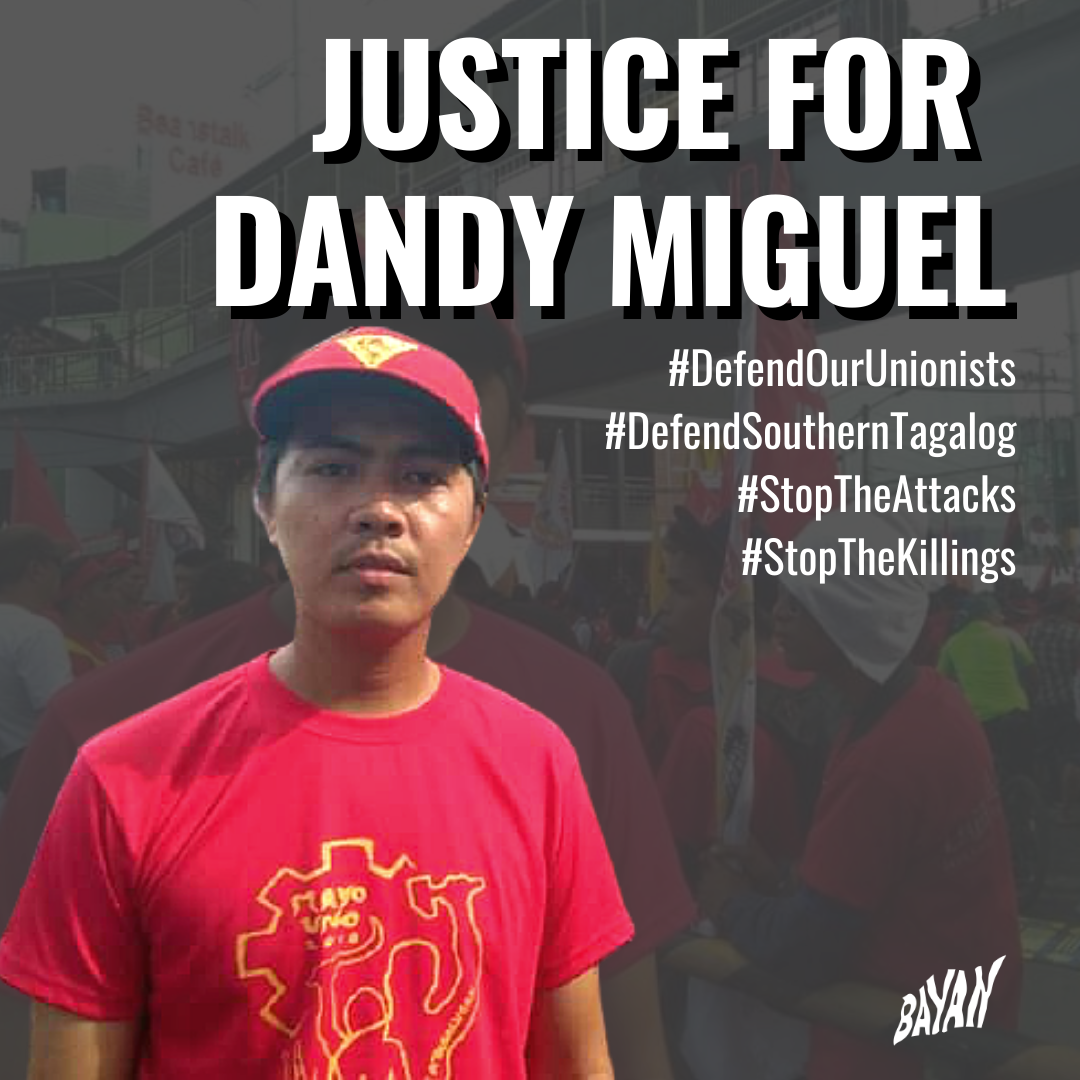